Barcelona maintained their 100% start in this season’s Champions League as they cruised to victory over Inter Milan at the Nou Camp.

Rafinha opened the scoring for the hosts, who were without Lionel Messi after he fractured his arm on Saturday, before Jordi Alba netted the Spanish giants’ second late on.

Despite threatening early on, Inter never really got going, and Barca will hope to put in a similarly stylish performance in Sunday’s El Clasico against Real Madrid.

The Italian visitors had goalkeeper Samir Handanovic to thank throughout as the Slovenian made nine saves.

They included excellent stops to deny Luis Suarez and Clement Lenglet, while Philippe Coutinho hit the Inter crossbar midway through the second half.

Barca took the lead on 32 minutes as Rafinha, who had a spell on loan at Inter last season, volleyed home from Suarez’s sublime cross.

Alba then applied gloss to the result as he fired past Handanovic from Ivan Rakitic’s pass with seven minutes left.

Victory sent the five-time Champions League winners clear at the top of Group B with three wins from three, with Inter second on six points, while Tottenham and PSV Eindhoven have a point apiece following their 1-1 draw earlier on Wednesday. 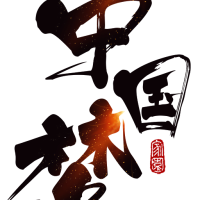 Hi, this is a comment.
To get started with moderating, editing, and deleting comments, please visit the Comments screen in the dashboard.
Commenter avatars come from Gravatar.